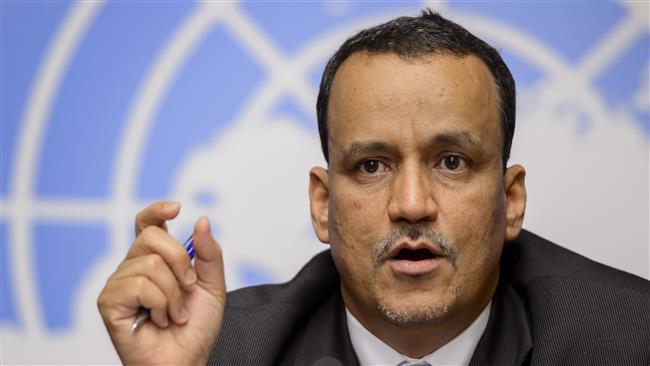 Althawra Net
The United Nations says it is planning to open peace talks on Yemen in mid-December, by which time the warring sides are expected to implement a humanitarian truce to ease the hostilities in the war-torn country.
The UN special envoy to Yemen, Ismail Ould Cheikh Ahmed, said on Monday that the talks will kick off on December 15 in Switzerland in a bid to end a nine-month Saudi war which has killed over 7,500 people.
Ismail Ould Cheikh Ahmed said he had met with officials from Ansarullah in the Omani capital of Muscat and have gained their approval for the agenda of the negotiations.
Mohammed Abdulsalam, the spokesman of Ansarullah, confirmed that the movement had discussed “the venue and the date for the talks” with Ismail Ould Cheikh Ahmed, saying, “Ways for a ceasefire and subsequent confidence-building steps were also discussed, and we expressed our openness to conduct a responsible and serious dialogue.”