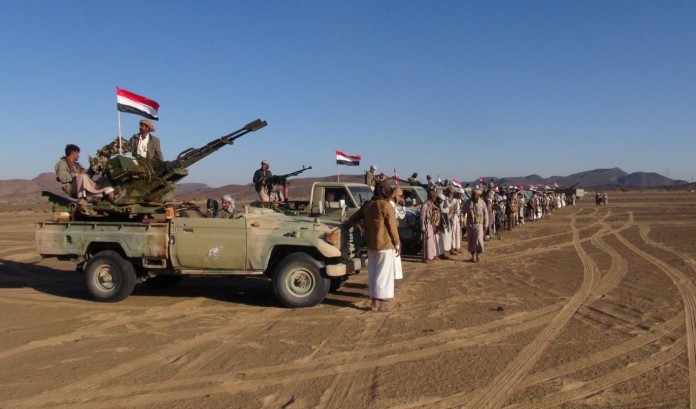 March 29th, the Yemeni Army and the popular committee stopped a moving attempt toward Midi’s Desert for the third day by Saudi aggression causing tens of mercenaries death and injured.

A security source said “tens dead and injured, and about 15 tanks and armored vehicles destroyed from the mercenaries side by Yemeni military and the popular committee in Midi’s Desert.”

The source confirmed that the mercenaries lost in this attempt as they didn’t lost before.

Mohammed Abduslam, the official spokesman for Ansar Allah,  said the attempts that took place in Midi are unacceptable hints from Saudi aggression to break the current truce. He also confirmed that the Yemeni reaction was completely appropriate and they are capable for  any other attack.