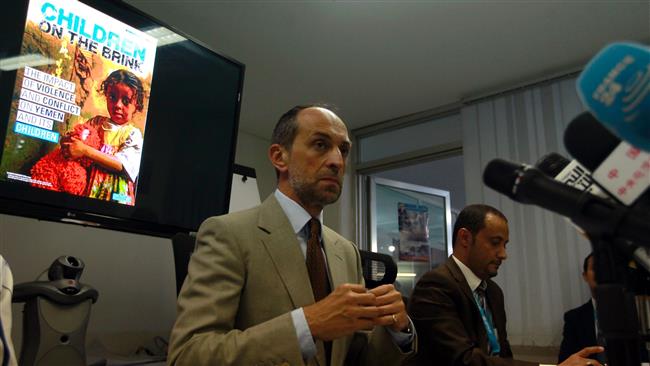 Saudi Arabia tries to portray its aggression on Yemen  as a Shia-Sunni conflict but that is not accurate and more complicated and the real aim is to make Yemen under its direct control, Edward Corrigan, a human rights attorney in UNICEF, said in an interview with the Press TV.

“It is also a question of Yemen trying to be an independent country, not being under direct control of Saudi Arabia; that is why the Saudis are attacking the infrastructure,” Corrigan added.

Corrigan confirmed that Human Rights Watch, Amnesty International, other organizations, even the United Nations have been sharply critical of the Saudi attack on Yemen, use of illegal cluster bombs, attacking mosques, schools, hospitals and other infrastructures.

“It clearly is an attack on the people of Yemen and I think part of the answer is that everything has been foreshadowed by the conflict in Syria, so, this is not given the same sort of priority, and of course Saudi Arabia is an autocratic authoritarian regime but it does have its friends in the West, with the United States and Britain in particular,” Corrigan said.

“I think the UN report from UNICEF clearly paints so much darker a picture of the situation in Yemen than what previously has been acknowledged or recognized and that there is the peace agreement that is going to hopefully take place and the cessation of hostilities and implemented in peace talk in April 18th is going to help to resolve the issue,” he added.

Corrigan pointed out that the people of Yemen have fought very hard to maintain their independence, ” the degree and the tenacity of the people defending Yemen and the failure of the Saudis to be successful in their attack, I think, is now driving the point home at least for the Saudis that this is not working”.

Corrigan  said that he really doesn’t see the Americans or the British or the UN putting significant pressure on Saudi Arabia to stop its war of aggression, “but I think the people in Yemen have stood up and now we’re hopefully going to have serious peace talks and come to some sort of a peaceful arrangement between the various parties.”