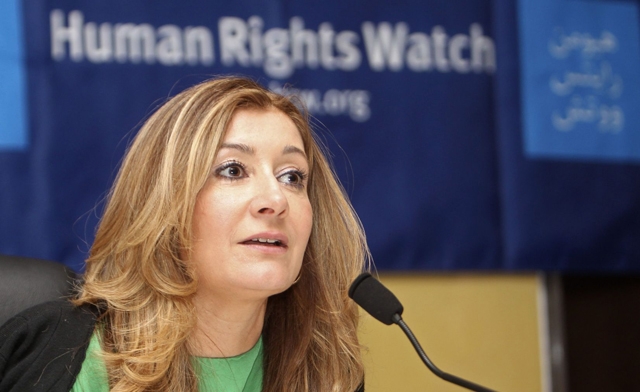 One week before the Brussels terrorist attacks, a Saudi-led coalition bombed a market in Mastaba, Yemen. Although more people died in Mastaba than in Brussels — 106 versus 34 — the media and the international community in general ignored that earlier atrocity, as they’ve ignored most of the 150 indiscriminate aerial attacks reported by the United Nations and Human Rights Watch in the last year.

The problem, however, is worse than inattention; the West is actually supporting — by way of arms and military assistance — this all-but-invisible war.

Saudi Arabia has stated that its goal in Yemen is to restore to power President Abdu Rabu Mansour Hadi, who fled the capital, Sana’a. Whatever one makes of those ambitions, it’s undeniable that the Saudis are violating international law as they carry out attacks with no apparent military target and use banned weapons, such as cluster bombs. Aerial strikes have hit schools, hospitals, markets and homes. According to the U.N., they account for 60% of the 3,200 civilians killed in the conflict.

It’s relatively well known that the U.S. and Britain are contributing to the war effort as the lead providers of the Saudi coalition’s arsenal. Saudi Arabia has been on a global arms shopping spree and is now the world’s largest purchaser of weapons. It contracted for at least $20 billion in weapons from the U.S. and almost $4.3 billion in weapons from Britain in 2015. The United Arab Emirates, Saudi Arabia’s main partner in the Yemen war, is not far behind, as the world’s fourth-largest purchaser of weapons, acquiring $1.07 billion from the US and $65.5 million from Britain last year.

The brutal reality is that some of these bombs have landed on innocent Yemeni men, women and children. This is why many human rights and humanitarian organizations, as well as the European Parliament, have called for an embargo on arms sales to Saudi Arabia.

What remains unknown is the exact nature of the U.S. and British military role in the Saudi campaign. The U.S. Defense Department has vaguely stated that it is providing “targeting assistance,” which as a matter of law means it is liable for unlawful strikes in which it takes part. So what, exactly, does this targeting assistance looks like? Did it assist with the strike on the market? Did it help target the Doctors Without Borders medical clinic that the coalition struck repeatedly last October? What about the cluster bomb attack on Sanaa University in January?

Britain, for its part, has said it is providing “military training on compliance with the laws of war” — operating out of the Riyadh Command Center — with estimates ranging widely from six to 150 trainers. But what exactly are these people doing? If they are assisting with the targeting, this could make them a party to the conflict. If they are merely offering advice, it is patently clear that the Saudis are disregarding it.

One appropriate way for the Saudis — and the U.S. and Britain — to address the streams of evidence about unlawful airstrikes in Yemen would be to support an independent, international investigation into the conduct of both the coalition and the Houthi armed group, Ansar Allah, which is currently in power in much of the country.

Member states of the U.N. Human Rights Council attempted to pursue just such an investigation, but the Saudi-U.S.-Britain trifecta effectively quashed it. Instead, they backed a “domestic investigation” in Yemen led by the quasi-exiled, Saudi-supported President Hadi. It is no surprise that the body he announced last September has made no progress The coalition also hastily announced the creation of a committee to “promote compliance with the law” but made clear that it would not investigate any alleged violations.

So even as the U.S. leads the charge for international justice against the Assad government in Syria, it turns a blind eye to or actually stymies international inquiries into abuses by Saudi Arabia.

President Obama has repeatedly connected the dots between the proliferation of violent extremism and abuses by the authoritarian, unaccountable governments of the Arab world. He has had less to say about the risks created to American citizens by U.S. alliances with and military support for these governments.

But in this day and age, when it takes little training or equipment to wreak terrorist havoc in Western capitals, Obama should be very worried about the boomerang effect of such alliances. Unlawful strikes and large-scale civilian casualties are certain to foster further instability and extremism, whose effects may be felt not just in the region but closer to home too. The age of secret wars is not entirely over, but the shield of national boundaries has certainly expired.