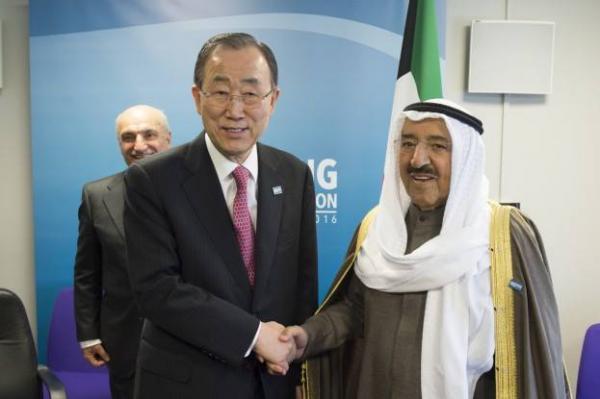 May 2nd, United Nation said that though the positive environment in the previous days, the in-exile  government delegation suspended its participation in Kuwait talks sessions. UN pointed out that Ismail Ould Cheikh Ahmed has received confirmations from both talks parts to remove the causes of the meeting suspension.

UN special envoy to Yemen, Ismail Ould Cheikh Ahmed, said “ we understand the  resolution causes ,but we urge everyone to engage with all the goodwill and wisdom in these consultations  that Yemenis rely on.”

He added that the UN are calling for pacification and coordination commission  to set the truce and halt all violations.

International Organization Media pointed out on Monday “after intensive contacts with Delegations’ leaders of Ansar Allah and the General People’s Congress (GPC), Ould Cheikh confirmed receiving confirmations from delegations parts to solve issues that impede holding joint sessions between them.”

Ban Ki-moon, in a phone call with Kuwait prince Sabah Al-Ahmad Al-Jaber, thanked Al-Jaber for hosting Yemen peace talks in Kuwait and his full support to UN works in the Middle East.

Deputy Kuwait Foreign Minister  said  that there are positive indicators in the contact between Yemeni parties to reach a political peace solutions to end this crisis.

“While these talks also have the possibility to continue or stall,” he added.

Ould Cheikh said in his statement “ we should focus on all issues to be mentioned with transparency in the talks to reach a full solutions to end all accidents that being used as a pressures on the other team.”

He added “ we do not underestimate the importance of what happened and  what is happening, but we reiterate that the only way to resolve this crisis is peace talks and full compliance with Security Council resolutions.”