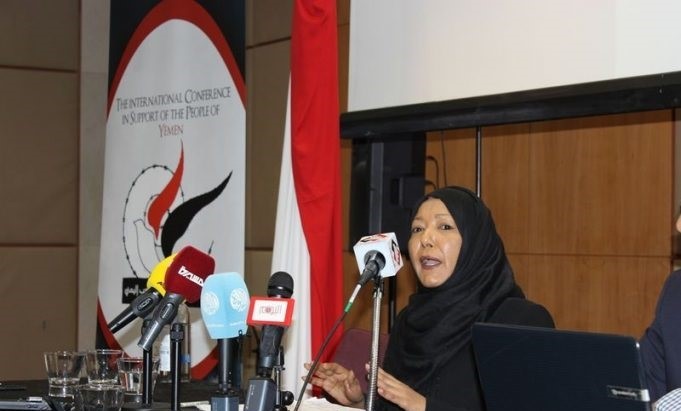 January 15th a conference was hold in  the British city of Birmingham entitled  “Stop supplying weapons to Saudi Arabia”. The conference was  organized by the( Stop the War Coalition ) and the Human Rights Foundation for Yemen.

Stuart Richardson, secretary of the Stop the War Coalition presented a summary of the activities carried out by the coalition in conflict zones around the world .

He pointed out to the efforts of the organization’s in Syria, Iraq and Kashmir, and to their efforts  in Britain to limit the sale of British weapons to countries and groups that may use these weapons in massacres or violate the rights of civilians.

Lawyer Kim Sharif( Umm Kulthum Ba’alawy )head of  Human Rights Foundation for Yemen showed a  summary of the massacres committed by the Saudi aggression during the past two years, as well as Britain’s role in providing support and arms sales to Saudi Arabia.

She talked about the Procedures carried out by the Human Rights Foundation for Yemen to raise the case in front of  the British courts against the British government, which still makes arms sales deals to Saudi Arabia .