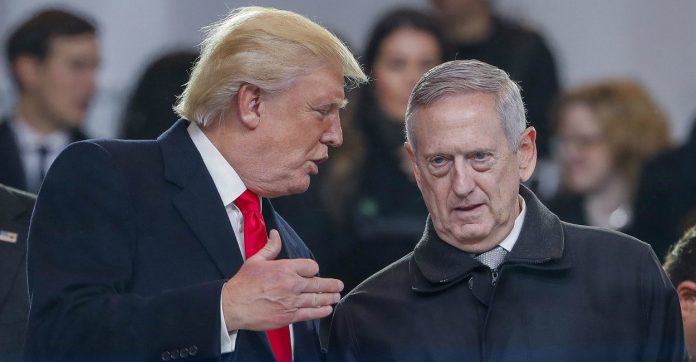 Al-Thawra Net/ WASHINGTON ― The terrorist group al Qaeda in the Arabian Peninsula is working alongside a U.S.-backed coalition in Yemen, the group’s leader claimed Sunday, in the latest sign that the Trump administration’s plan for a greater U.S. role in the country could be a strategic mistake.

Qasim al-Rimi made the comments in a conversation with the media arm of AQAP, according to The Associated Press.

“We fight along all Muslims in Yemen, together with different Islamic groups,” al-Rimi said. He said the group’s allies include armed supporters of the Muslim Brotherhood and tribes loyal to the Sunni school of Islam.

Saudi Arabia, the United Arab Emirates and other U.S. partners in the region have been fighting the Yemen for over two years. Activists blame that bloody campaign for the majority of the more than 10,000 deaths in Yemen since the war began.

President Barack Obama authorized U.S. support for the campaign as soon as it began in 2015, but the Obama administration tried to distance itself from the Saudi-led coalition as allegations of war crimes piled up. President Donald Trump, who has expressed a strong desire to counter Iran, wants to boost the American presence in Yemen, according to administration officials, humanitarian workers and analysts.

Yemen’s al Qaeda franchise has gained significant territory and support amid the chaos of the war. The U.S.-backed coalition has fought it at times, pushing it out of a major port city last year, and the controversial U.S. drone campaign against the group is ongoing.

The Pentagon believes the group “presents a very significant threat to the United States,” a spokesman said on April 3; it sees it as one of the few foreign terror organizations with a major and proven capacity to hit the homeland. The U.S. has launched more than 75 strikes (and a major raid) against AQAP since the beginning of the year, according to Bill Roggio at the hawkish think tank Foundation for Defense of Democracies, in a sign that the military sees the group as a serious target.

But the terror group continues to thrive ― in large part, it appears, because of the U.S.’s own policies. The latest Yemen update from the American Enterprise Institute, a conservative think tank, notes that al Qaeda operates alongside a brigade in the key city of Taiz that receives Saudi and UAE support. The U.S.-backed Yemeni government has failed to strengthen itself in a way that would allow it to compete with AQAP for popular support instead of relying on the group, the update says.

Lawmakers have noted the growing presence of AQAP in their loud criticisms of the U.S. plan for Yemen. “Our actions in Yemen are not only distracting us from the fight against terrorism, but aiding the very groups that are intent on attacking us,” Sen. Chris Murphy (D-Conn.), a member of the Senate Foreign Relations Committee, said in March, in a statement on the two-year anniversary of the intervention. The militant group that calls itself the Islamic State has also expanded operations in Yemen during the course of the civil war.

On April 10, 55 members of the House of Representatives released a bipartisan letter expressing trepidation about Trump’s intentions. “We share the concerns of some of your advisers, who worry that direct support for the Saudi coalition’s war against Yemen‘would take too many resources away from the counterterrorism fight against al-Qaeda in the Arabian Peninsula,’” they wrote in the letter, addressed to Trump and Attorney General Jeff Sessions. “We are further troubled by news reports indicating that Al Qaeda in Yemen has ‘emerged as a de facto ally’ of the Saudi-led militaries with whom your administration aims to partner more closely.”

Capitol Hill figures have also urged the Saudi-led coalition to reconsider its battle plans for humanitarian reasons, noting that millions are already hungry in Yemen and that a planned assault on an essential port could create a catastrophic famine.