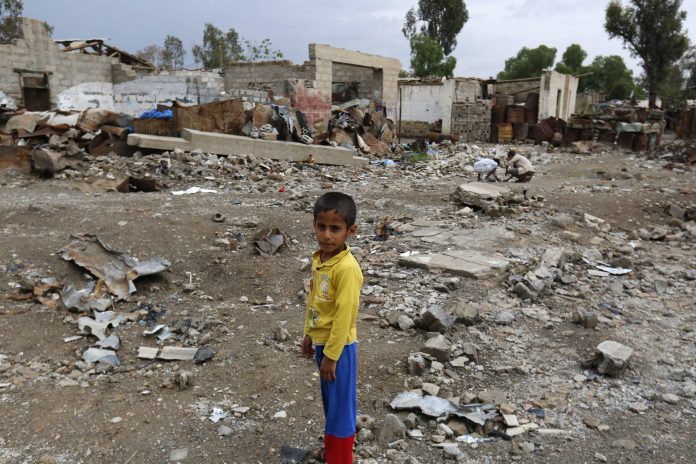 The sea blockade of Yemen and two years of genocidal war by Saudi Arabia has plunged one of the poorest countries on Earth into a deep humanitarian crisis. Nearly 17 million of Yemen’s 28 million people are on the brink of famine. Every 10 minutes a child under five dies of preventable causes, according to the United Nations. Yemen has been subjected to abominable war crimes, yet the United States, United Nations and European countries have failed to uphold international law or brought the House of Saud to justice. What hypocrisy.

The entire country is in disarray, with no running water and health care, and roads and bridges bombed out. It is impossible to look at this war and not say the House of Saud has used access to humanitarian aid as an instrument of war and committed war crimes.

On a recent visit to Yemen, Secretary of Norwegian Refugee Council Jan Egeland said he was “shocked to the bones” by what he had witnessed.

Last week a bipartisan group of U.S. legislators wrote to President Trump, seeking congressional clearance of military intervention in Yemen. They asked for a limit on arm sales to Saudi Arabia and an end to U.S. refueling for Saudi warplanes and logistical assistance for Saudi-led bombings in Yemen.

Since taking office, Trump has expanded U.S. military operations in Yemen, such as the Jan. 30 attack that resulted in the death of U.S. Navy Seal Ryan Owen and many civilians. The Trump administration resumed weapons sales to the Saudis, which President Obama had frozen over concerns about mounting civil casualties in Yemen.