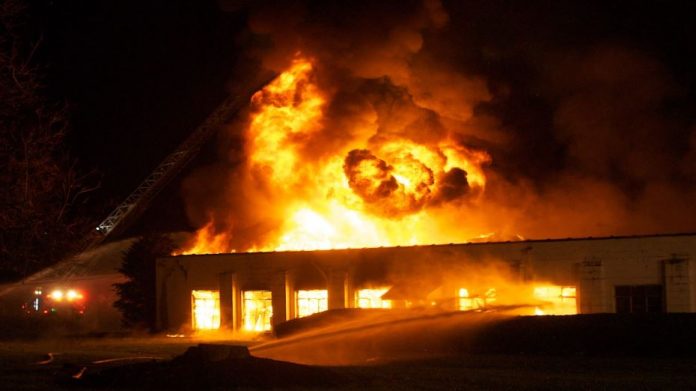 May 21st violent explosions rocked Sheikh Osman north of Aden directorate  becausea missile attack on weapons stores in the textile factory, according to media sources  close to the aggression coalition .

Preliminary scenes  showed  smoke columns and flame  in  an escalation in the area where the textile factory is located, at the same time of the  violent explosions  flying of shells  dropped into nearby residential neighborhoods .

According to local and media sources, the textile factory is controlled by armed Salafist militias and used as a storehouse for their weapons.

In the same time local residents living in the city of Aden told  “adengad.”  Web site that a number of shells fell in several neighborhoods of Sheikh Osman ,Mansoura and Cairo districts after  the explosions.