Home Reports Prime Minister Emphasizes The Important Role of the Ministry of Service to... 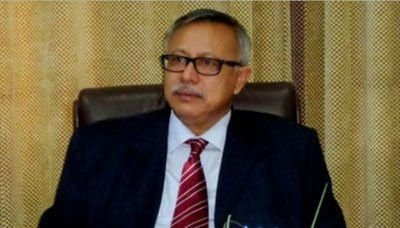 Prime Minister Dr. Abdulaziz Saleh Bin Habtoor visited today, the Ministry of Civil service and insurance and met the leadership of the Ministry and its general managers.

During the meeting, Dr. Abdulaziz Saleh Bin Habtoor, stressed the important of the Ministry of Civil service and insurance role in addressing the administrative imbalances of all government institutions and controlling the level of performance of the public function.

The prime minster confirmed  that any efforts made by the Ministry of Civil service and all other ministries as well as the institutions service is no less important than any national effort to counter the ongoing Saudi aggression against Yemenis for more than two years.

“Everyone is meant to defend his homeland by all available means, the fighters protect their homeland on the fronts of dignity and honor and the employee fulfills his duties towards his institution and society with dedication and sincerity as well as farmer and Fisherman,” Dr. Abdulaziz Saleh Bin Habtoor said

“The Saudi -led coalition Aggression seeks by all means to discourage our heroic fighters and to undermine citizens ‘ confidence in the justice of their cause through its media, which works day and night to achieve these malicious goals by falsifying the facts and turning the facts upside down,” he added.