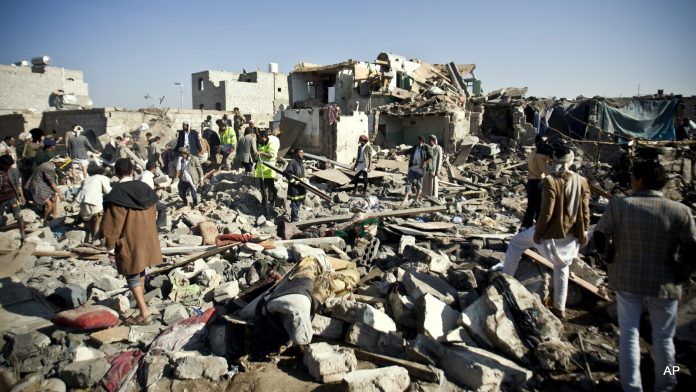 The US-Saudi warplanes  targeted a number of governorates in the past few hours .

The source pointed out that the battleships  of aggression bombed a number of areas in    Taiz province with  more than 20 rockets, while the warplanes  launched raids on the area of Al-Barh  Mukbneh directorate, and three raids on the Directorate of Al-Slu .

Saudi rocket and artillery bombardment targeted different areas of Razih district, while a sound bomb landed in the sky of Sa’ada city .