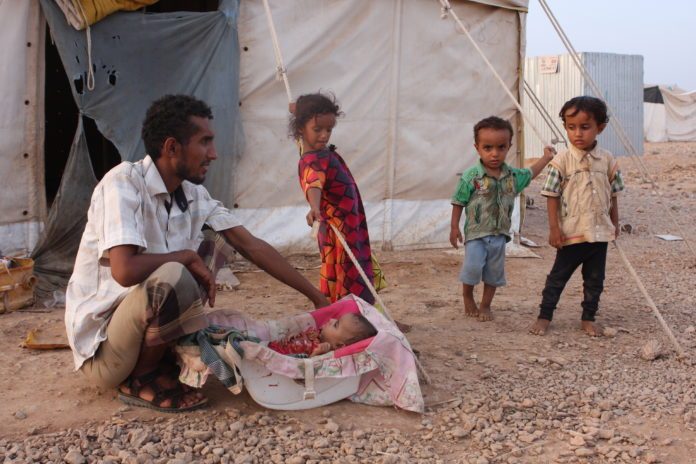 9 February 2018 – Surging violence across Yemen has resulted in the displacement of more than 85,000 people in just the last 10 weeks, the United Nations refugee agency reported Friday.

Yemen is the world’s largest humanitarian crisis with more than 22 million in need, fuelled by ongoing conflict, a breakdown in public services and a collapsing economy.

“We are particularly concerned for those that remain in areas close to hostilities in Taiz and Hudaydah governorates,” said Cécile Pouilly, spokesperson for the Office of the UN High Commissioner for Refugees (UNHCR), told reporters in Geneva, Switzerland.

“As a result of prolonged fighting in those two governorates, conditions continue to deteriorate, exposing people to violence and disease without access to basic services,” she added, noting that the agency was “alarmed” as hundreds of people are forced to flee their homes each day, due to increasing military operations, particularly on the west coast.

Most of those displaced in these two governorates are trapped inside their homes or in caves as ground clashes, aerial bombardment and sniper fire rage around them.

In addition to new displacements from those fleeing the coast, UNHCR is also observing a spike from other frontline areas, including Yemen’s border governorates.

Meanwhile, the International Organization for Migration (IOM) has launched an appeal for $96.2 million to fund its 2018 response for the humanitarian crisis in Yemen.

“With armed conflict ongoing, a stalled peace process and an economic blockade, Yemen is in the grips of a devastating protracted humanitarian and developmental crisis,” he added.