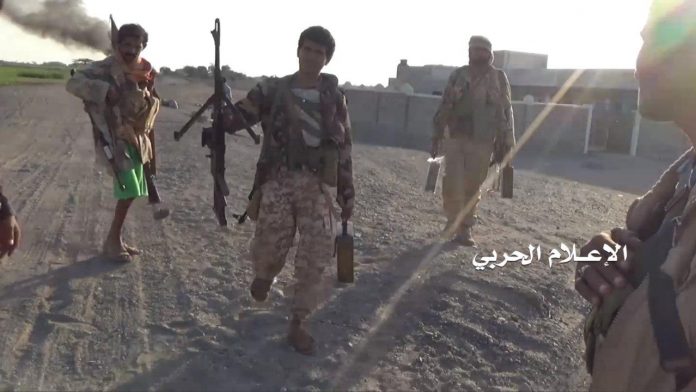 The heroes of the army and  popular committees stopped  the Saudi army and its mercenaries in Najran and suffered heavy losses .

A military source told SABA  that a number of mercenaries of the Saudi army were  killed and wounded in the  breaking of their march on the al-Shabakah .

The source pointed out that the march on the position accompanied with  the coverage of the war and Apache and the reconnaissance without achieving any progress .

The source said that the artillery of the army and the Popular Committees targeted gatherings  of Saudi soldiers and their mercenaries in Nahwaqah . The source He  that a a Saudi soldier was sniped  west of al-Sudais position .