The attack took place in front of Haronia coast in Al-Munerah district in the western coast, the official said.

It is noteworthy to say that the US-backed Saudi-led aggression committed a series of crimes against the Yemeni fishermen in the coast of Hodeidah over the past 3 years, which killed dozens of fishermen. 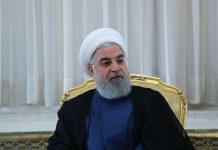