Home Reports A Number of Citizens Killed and Wouned By Saudi Aggression and its... 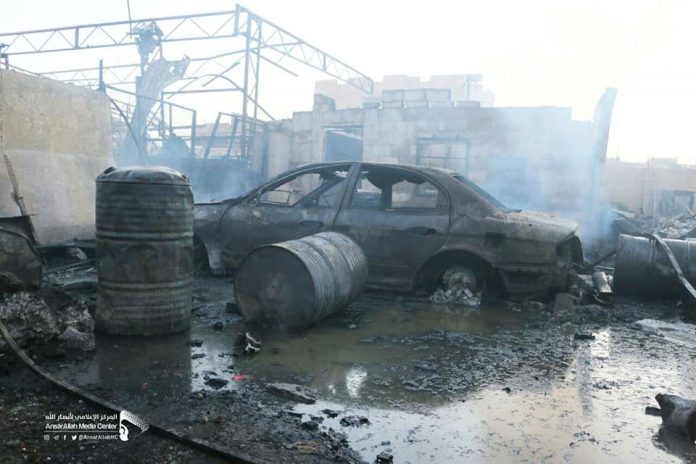 The invaders and its mercenaries continued to target citizens and their property in the province of Hodeidah and a number of provinces of the republic, which led to the death and injury of a number of citizens during the past 24 hours.

A security source told Saba that the citizen Abdo Omar Darwish was killed by a mortar shell fired by the invaders and mercenaries on his house in the city of al-Druhemi, which was targeted by more than 50 shells.

The source pointed to the burning of the house of a citizen south-west of the city of al-Druhemi  by artillery shelling of the invaders and mercenaries, and the forces bombarded  with more than 30 artillery shells and three Katyusha rockets  the village of al-Zaafran and its surroundings in the Kilo 16 district.

The invaders and its mercenaries shelled 28 mortar shells in Al-Faza area in the directorate of al-Tahita and the air force of aggression hovered in the mountainous area of ​​the Directorate.

In the city of Hodeidah, the forces of the aggression targeted with heavy shelling the neighborhoods in the area of ​​July 7 residential.

The source pointed out that the forces of aggression bombarded with heavy and medium weapons scattered neighborhoods of the city of Hodeidah, and targeted different areas of the directorate of Hays with artillery shells and various machine guns.

The source pointed to the death and wounding of a number of citizens  in the city of Qtaibah in the province of Dahle by the bombing of mercenaries of the aggression with two missiles “Lu” to gatherings of citizens during breakfast.