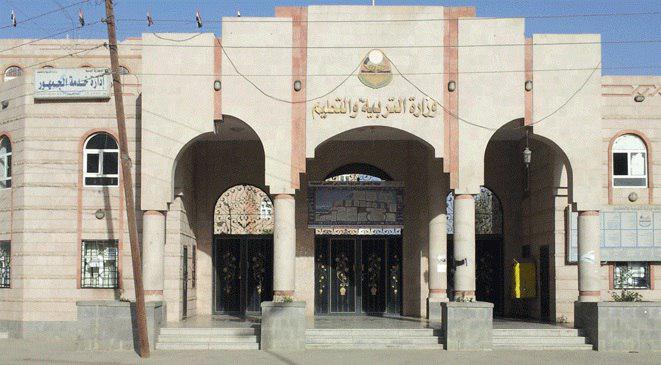 The Ministry of Education on Sunday has called on the UNICEF Resident Representative in Sana’a to “review the financial deductions it has implemented from the monetary incentives for teachers, and restore them to the beneficiaries urgently.”

“These deductions are unjustified,” a statement by the Ministry of Education said.

“UNICEF has made unjustified deductions from the cash incentives for teachers without notifying the ministry,” deputy minister of Education assistant and Chairman of the Review Committee of the Technical Committee for the Management and Implementation of the Monetary Stimulus Program, Khaled Ibrahim, stated.

“These deductions were made unilaterally by UNICEF without notice to the ministry,” he added.

He confirmed that “this measure is not within the authority of the UNICEF verification authorities, but rather from the ministries remit, and it was not part of the approved payment mechanism.”

Therefore, the organization should find a quick solution to restore all the characteristics of its beneficiaries, said the Ministry.

“The ministry received a lot of reports and complaints from teachers in all the provinces targeted on the first day of the financial process of the second cycle, which showed a significant deduction to the beneficiaries without any justification.”

Khaled Ibrahim further revealed that “many of the beneficiaries of the cash incentive program have been awarded vouchers for one month but were surprised by the lack of their evidence at the payment points.”

“We hold UNICEF and its verification committees responsible for exceeding the Ministry’s powers in implementing these deductions, and ask for the benefit of those who have earned it, to return these deductions,” Ibrahim concluded