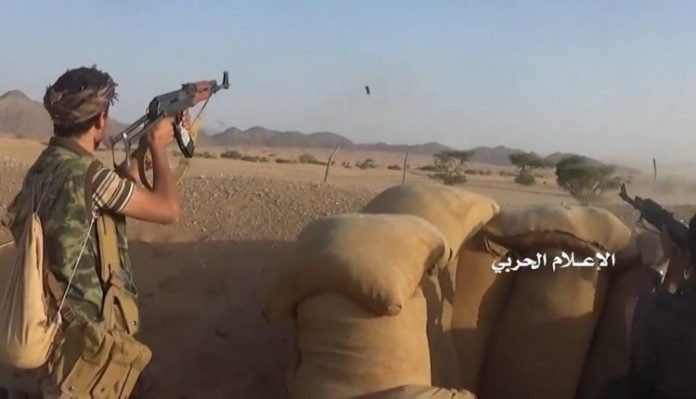 The Yemeni army and popular committees  on Monday repelled a third  desperate infiltration  attempt by the Saudi army to restore positions taken  by the Yemeni army in Najran region, a military official told Saba News Agency

The official reported that the Yemeni forces “thwarted an infiltration attempt by the Saudi army and its mercenaries on army positions off al- Sudais, killing and wounding dozens of the mercenaries.”

He further confirmed that the army forces foiled massive attacks by the Saudi army and its mercenaries from three tracks in Ajasher desert off al-Khadra crossing, killing and injuring a number of them, in addition to destroying a military vehicle.

On Sunday, the army forces also foiled an attempt by the Saudi army and its mercenary recruits off al-Sudais position, inflicting heavy casualties on their ranks.