Home Reports The Independent: Jeremy Corbyn is accusing Theresa May of collaborating with the... 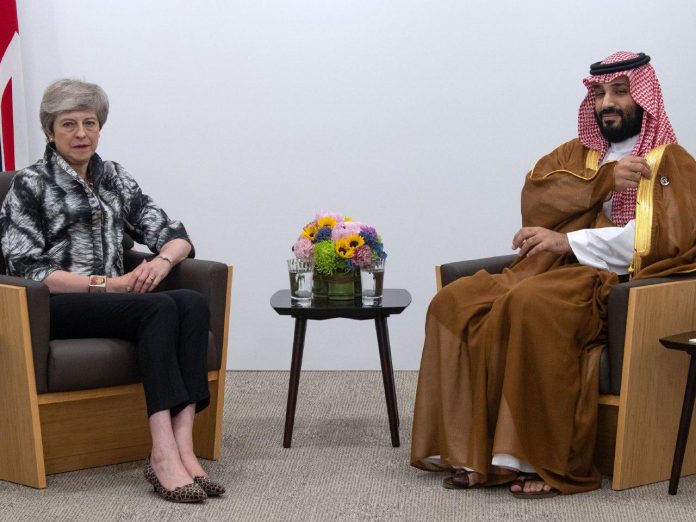 The move came after her meeting with the “ally of war ” Mohammed bin Salman at the G20 summit in Japan.

Basically, Jeremy Corbyn is accusing Theresa May of collaborating with the Saudis because she has close meetings with MBS.

“The PM was not going far enough in signalling the UK’s disapproval of the actions of Saudi Arabia’s de facto ruler,” Corbyn said.

“She should confirm the UK government will immediately stop selling arms to his regime and hold him to account over the horrific murder of the journalist Jamal Khashoggi,” the Labour leader added

“The UK has pumped £4.6bn worth of military equipment into the conflict in the Yemen. Almost a quarter of a million people will have been killed by the end of this year – more than half of them under five years old.

According to the Independant Newspaper, ” The Court of Appeal has found the UK government ‘made no attempt’ to conclude whether the Saudi-led coalition had committed violations of international humanitarian law in the Yemen.

“It is simply not good enough for Theresa May and her government to take the Saudis at their word.

“The evidence that war crimes have been committed in the Yemen, the indiscriminate attacks on civilians, the horror of mass killing and starvation, and the brutal murder of opponents at home and abroad, should mean Saudi Arabia should be held to account, not embraced as military allies.”

The crown prince has become the focus of international condemnation since taking the helm in Riyadh in 2017, due to his bombing of neighbouring Yemen and alleged links to the Khashoggi killing.

Four years of the Saudi-led bombing campaign on Yemen have led to more than 8,000 civilian deaths and 9,500 injuries, according to the independent monitoring group Yemen Data Project. And tens of thousands more have died as a result of the fighting and disruption to food and medical supplies.