Home Local News Expert in the Affairs of West Asia: Saudi coalition comes to an...

The expert on West Asia, Professor of Tehran University, Dr. Hassan Ahmadian,said that the coalition of Saudi-UAE aggression on Yemen has ended . He pointed out that the differences will escalate between Riyadh and Abu Dhabi.

Tehran University professor and expert in West Asia Dr. Hassan Ahmadian said in an interview with Tasnim International News Agency reporter that a comprehensive review of the UAE’s relations and regional behaviors has emerged, and this issue has gradually worsened the differences between Abu Dhabi and Riyadh among the differences in Yemen.

He pointed out that the UAE has fully accompanied Saudi Arabia, but Abu Dhabi has gradually focused on the areas of southern Yemen.

The University of Tehran professor pointed out  that the Saudis are dissatisfied with the UAE’s new behavior, saying, this issue can be seen in the analysis of writers close to the government in Riyadh.

Ahmadian confirmed that the Saudi coalition is over , and  that Saudi Arabia has the financial capacity to continue the war in Yemen ,but has reached a realistic conclusion that there is no possibility of winning the ongoing war, and must reach an agreement with the Houthis may remove at least Saudi security concerns. 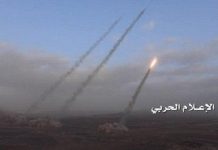 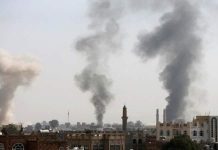