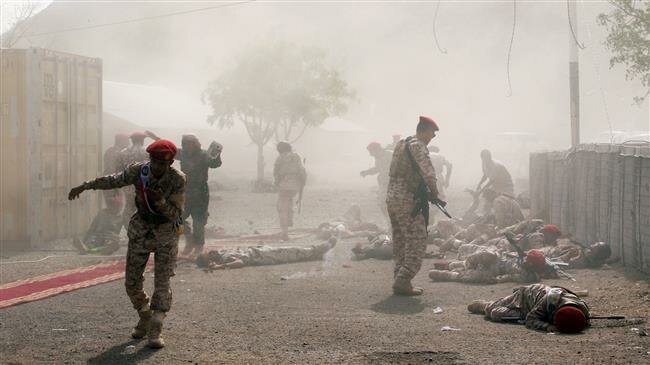 A report sheds light on the motive behind a surprise decision by the United Arab Emirates (UAE) — a key member of a military coalition led by Saudi Arabia — to pull its troops out of Yemen, saying Abu Dhabi has come to the conclusion that the war being waged on Yemen is “unwinnable.”

“In background briefings last month for Western analysts, the Emiratis said they were pulling back because the war appeared unwinnable,” the New York Times revealed on Thursday.

Abu Dhabi has publicly been saying for more than a month that they have begun a phased withdrawal of forces participating in the Saudi-led campaign against Yemen.

According to earlier reports, Abu Dhabi had previously attributed the troop withdrawal to a handful of different reasons, including domestic security concerns and support for UN-led peace efforts.

Following heightened tensions in the Persian Gulf between Iran and the United States earlier this year, Emirati officials had claimed the troop pullout had been because Abu Dhabi wanted to have forces and equipment “on-hand” if needed.

Emirati officials have also at times been quoted as saying that the withdrawal of troops has been for “tactical reasons” or as being a shift towards a “peace-first” strategy.

However, last month, about the same time the NYT’s Thursday article claimed that Emirati officials had briefed Western analysts about the Saudi-led conflict appearing “unwinnable,” the newspaper had originally published a report claiming that the withdrawal was a “belated recognition” that the war was “no longer winnable.”

NYT didn’t attribute the observation to Abu Dhabi officials, however.

The piece, nonetheless, cited an unnamed Emirati official saying that the withdrawal was done to “support a shaky United Nations-brokered cease-fire in Hudaydah.”

The same article also said that several people briefed by the Emiratis on the matter had claimed that UAE officials had avoided announcing the withdrawal decision publicly “in part to minimize the unhappiness of the Saudis.”

However, the Emirati move has reportedly greatly upset Riyadh.

According to reports, Saudi Arabia relied greatly on Emirati forces in advancing its war in Yemen, with Abu Dhabi maintaining a fragile network of mercenaries and tribal militia to fight for the coalition.

Observers believe the tribal militia alliance may disintegrate due to a lack of Emirati oversight.

Resistance by Yemen’s armed forces, led by Ansarullah, has, however, pushed the Saudi war to a stalemate, with Yemeni forces increasingly using sophisticated weaponry in retaliatory attacks against the coalition.