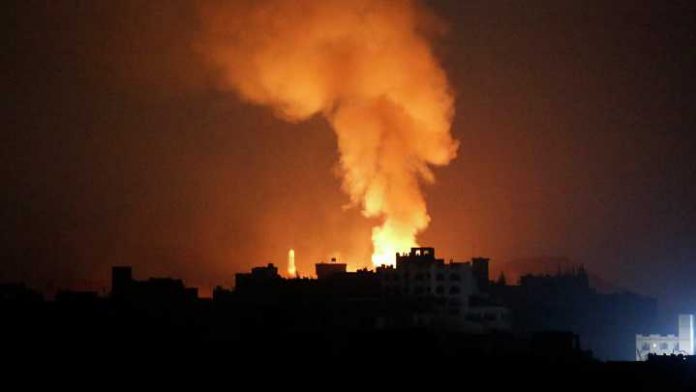 The Saudi-led invaders and mercenaries have stepped up their violations of the ceasefire agreement in Hodeidah governorate, and lunching air strikes and ground attacks on Saada and Jawf provinces, killing and injuring four citizens, including two children, while launching over 27 air strikes on several Yemeni provinces and Asir region over the past 24 hours.

In Hodeidah, a security source told The Yemeni News Agency (Saba) that two children were injured by shrapnel from a mortar shell fired by the invaders and mercenaries while they were grazing sheep in al-Rubasa area of al-Hawk district

The forces of aggression fired 38 artillery shells on citizens’ property in the south and west parts of Hays district. They also fired five mortar shells on the village of Al-Zafaran in Kilo 16 area in Ad Durayhimi city.

Furthermore, the source explained that the forces of aggression have fired seven Kornet missiles and 19 artillery shells on several part of al-Shajan village in the outskirts of the besieged Ad Durayhimi city, causing significant damage to  the citizens’ homes and properties

In Jawf, a woman was killed in Saudi-led aggression bombardment on al- Al-Faid area of in Matton district.

In Saada, a citizen was seriously injured by Saudi artillery shelling on populated areas of Shada border district, while the Saudi-led aggression warplanes launched two airstrikes on civilians’ farms in Ja’malea area of Majz district and 13 airstrikes on Kutaf district,

In Sanaa, the US-backed Saudi-led aggression waged Six airstrikes on the Atan area of the Capital Secretariat and two airstrikes on Jarban camp in Sanhan district of Sana’a governorate.

In Bayda, according to the source, the aggression warplanes launched two air strikes al-Zahir district and two other air strikes on Raboua’a district of Asir region.