Lebanon’s Hezbollah movement has on Sunday announced that several Israeli soldiers have been killed and wounded when the group’s fighters destroyed a military vehicle on the road to the Aveim barracks in northern Israel.

The group said in a statement that the destruction of the Israeli military vehicle took place at the Aveim barracks road in the central sector of the border between Lebanon and the Zionist entity.

“At 4:15 PM on Sunday, September 1, the group of martyrs Hassan Zabib and Yasser Dahir destroyed a military vehicle at the aveim barracks road, and killed and wounded those who were there,” the statemen read.

This coincides with the announcement made by the Israeli army that a number of anti-tank missiles were fired at a military base and military vehicles in the Aveim area, some of which were hit. 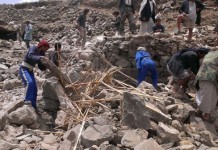 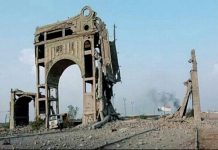