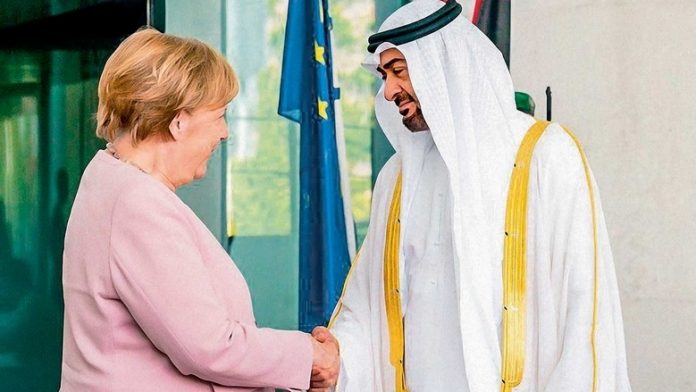 Germany’s new military sales to the United Arab Emirates (UAE), being made despite Gulf country’s involvement in the Yemen conflict, has drawn sharp criticism from the opposition and voluntary groups, news group Anadolu Agency reports.

“The federal government has shown once again that it is not taking its own principles seriously,” the party said in a statement, recalling that the 2018 agreement between ruling partners Christian Democrats and Social Democrats, had mentioned to stop arms sales to countries involved in the Yemen war.

German news agency DPA reported on Friday that the government has recently approved the sale of generators produced by a German company to the UAE for its air defence system deployed in the country.

“The arms deal with the UAE, which used German armaments in Yemen war, is extremely worrying for the human rights,” Amnesty International’s Saxony office said on Twitter.

The Spokesperson of Germany’s Economy Ministry Beate Baron declined to comment on the reports during a regular press conference on Friday, stressing that Federal Security Council’s decisions are confidential.

Merkel’s coalition government has adopted a restrictive policy on the arms exports. Nevertheless, it has approved various controversial export licenses, based on foreign and security policy considerations.

The UAE has been a leading member of the Saudi-led invasion coalition, fighting in Yemen against the National Salvation Government.

The ongoing violence has devastated Yemen’s basic infrastructure, prompting the UN to describe the situation as “one of the worst humanitarian disasters of modern times”.