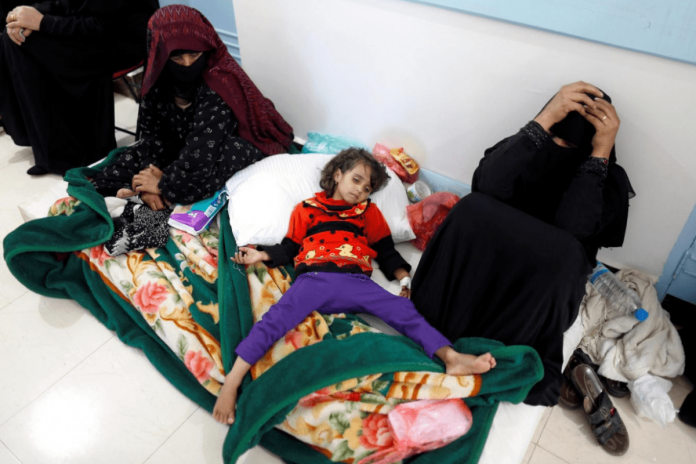 The cholera emergency in Yemen is growing, with more than two million suspected cases registered in less than three years, an average of 80 every hour, according to Oxfam.

It said since the start of the year one case out of four has been a child under the age of five.

“The epidemic stems from four-and-a-half years of a bloody conflict and lack of access to clean water”it added.

Oxfam said the emergency has hit 22 out of 23 provinces in the country and has worsened in recent months in some zones hit by the war, such as the port of Hodiedah, where infections have risen 60% compared to previous months.

It said 18 million Yemenis are now exposed to infection due to the lack of clean water and sanitation, while two out of three people lack basic health care, and 14 million are on the brink of famine.

From June to August, the intensification of the conflict, including in the country’s south, caused 54% of the civilian victims and 79% of civilian residences hit.

And the conflict remains open also in the port area of Hudaydah, the country’s main port, with serious repercussions on aid flows.

In fact, 70% of food, medicine, and basic essential goods for the survival of the Yemeni people pass through the port.