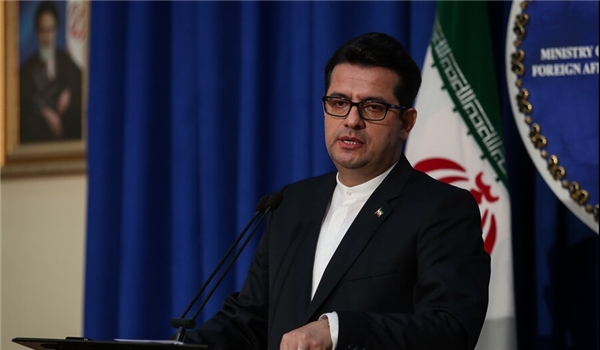 The Iranian foreign ministry announced on Wednesday that the agreement signed between fugitive President Mansour Hadi and the UAE-backed separatists in Southern Yemen will not help soothe the crisis in the war-torn country.

“Signing such documents will not help resolution of problems in Yemen and it will be a step to prolong Saudi Arabia and its allies’ occupation in Southern Yemen directly or through their proxy forces,” Foreign Ministry Spokesman Seyed Abbas Mousavi said on Wednesday.

He advised Saudi Arabia to give a positive response to the initiative presented by Mahdi al-Mashat, the president of Yemen’s Supreme Political Council, on the halt of recirocal attacks rather than making decisions for groups that have no authority.

“As stressed many times, the Islamic Republic of Iran believes the first step to resolve the crisis in Yemen is stopping the war and bloodshed and removing the cruel siege on the Yemeni people, and the next step is holding Yemeni-Yemeni talks to attain an agreement for the political future of the country,” Mousavi said.