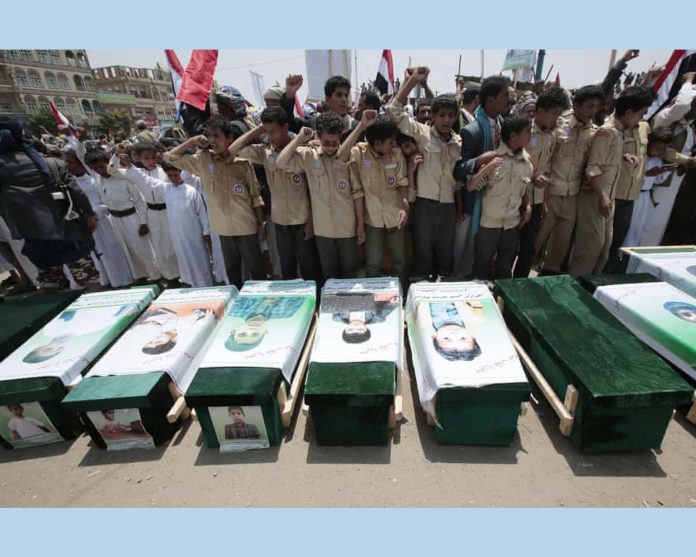 The death toll in Yemen’s war since 2015 has reached 100,000, according to a highly regarded database project that tracks the conflict.

The Armed Conflict Location and Event Data project (Acled), which tracks confirmed fatalities in the conflict and is seen as reliable, said the figure included 12,000 civilian deaths in directly targeted attacks.

It said 20,000 people had been reported killed this year, making it the second deadliest year of the war after 2018.

Saudi Arabia and a number of its regional allies launched a devastating campaign against Yemen in March 2015, with the goal of bringing the government of Hadi back to power and crushing the Ansarullah. The Saudi-led airstrikes have hit schools, hospitals and wedding parties.

Acled, in collaboration with the Yemen Data Project, tracks reports from multiple sources in an attempt to cross-check claims and provide a reliable minimum tally of deaths directly attributable to violence.

April was the most lethal month of this year to date, with more than 2,500 reported fatalities, compared with 1,700 in September. The third quarter of 2019 had the lowest number of reported fatalities since the end of 2017, but the number of civilian casualties rose from the previous quarter, Acled said.

The most violent provinces were Taiz, Hodeidah and Jawf, with more than 10,000 people reported killed in each of the regions since 2015.

Acled said direct targeting by the Saudi-led coalition and its allies had been responsible for more than 8,000 civilian deaths since 2015.

The data covers everything from airstrikes, shelling and ground battles. The numbers do not include people who have died in humanitarian disasters caused by the war, particularly starvation. Other sources have provided higher estimates of the death toll.