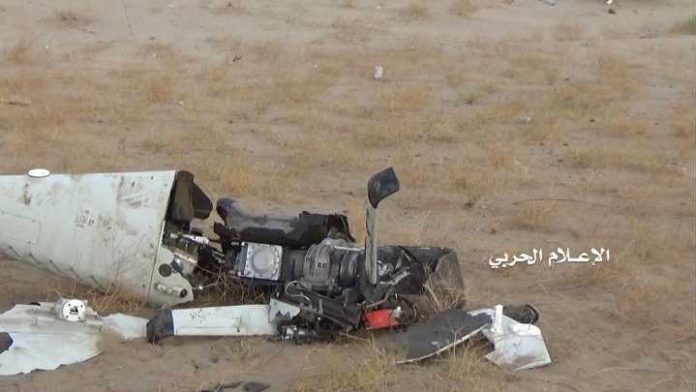 Air Defenses of  the Yemeni Army and Popular Committees downed a US-Saudi spy drone in Najran on Saturday.

The military spokesman, Brigadier Yahya Sare’e said on Twitter, “the Yemeni air defenses were able – thanks to God – to shoot down a spy drone for aggression this morning in A-Sawh area off Najran.”

Brigadier Sare’e said that shooting down the aircraft was with an undisclosed missile while carrying out hostile missions inside Yemeni territory.

Shooting down hostile drones come two months after the Yemeni Armed Forces unveiled two types of air defense systems, Fater1 and Thaqib1, which entered the battle in 2017 and managed to confront warplanes of aggression.