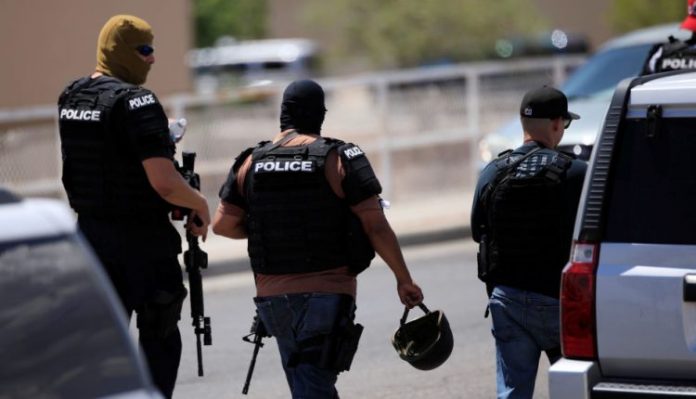 On Friday, a Saudi Air Force Student opened fire inside a US military airbase in Florida while participating in training exercises, killing 4 people and injuring 8 others.

The attacker, whom reportedly is either a pilot or aviation technician, carried out the attack with a pistol.

Florida Governor Ron DeSantis said at a press conference that the suspect was a “Saudi national from the Saudi Air Force who was attending training at Pensacola Air Force Base,” a major US Navy base in the state.

“I think there will be a lot of questions about this person, a foreigner, a member of the Saudi air force, who was training on our soil and did this,” he said.

“The Saudi government owes us because it is one of its nationals,” he said.

The attack took place in a study room at Pensacola base, according to County Sheriff David Morgan.

He did not mention or specify the name or motives of the perpetrator.

“You can’t bring a weapon to the base unless you’re a member of the security forces,” Base commander Captain Timothy Kinsella said.

The County Sheriff’s Office said the attacker was carrying a gun and was killed by police officers while they were dealing with the incident.

The incident is the second fatal shooting at a US military facility this week.