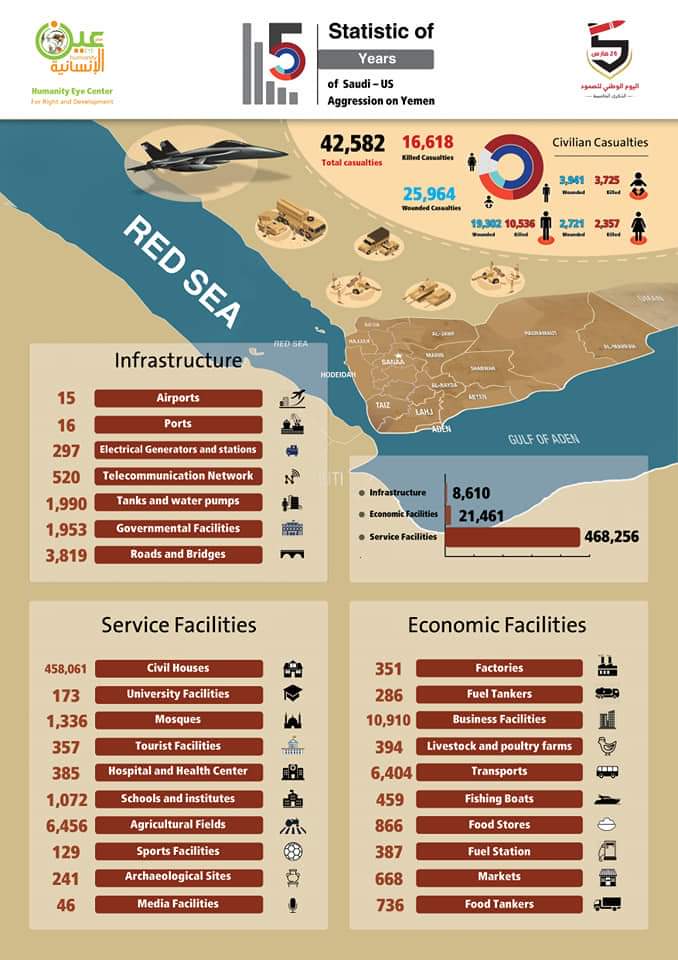 The Eye of Humanity Center for Human Rights and Development, in a press conference Wednesday, published statistics for five years of Saudi-led coalition aggression on Yemen.

The Center pointed out that the raids of the aggression on Yemen during the past five years resulting in killing and injuring of 42,582 civilians, while noting that the raids destroyed 8,610 service establishments. 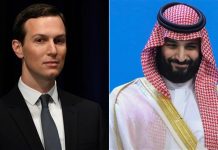