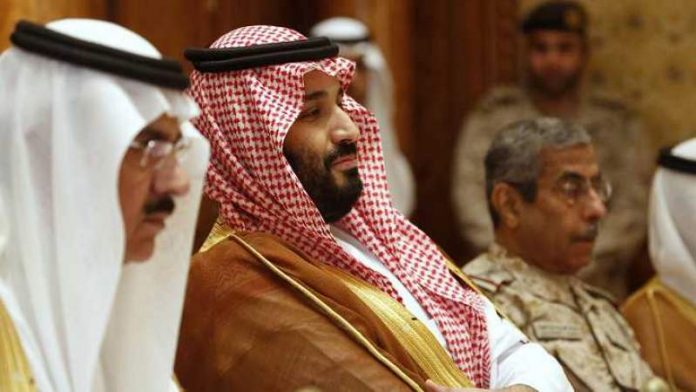 Saudi Arabia’s Crown Prince Mohammad bin Salman, also known as MbS and seen as the de facto ruler of the kingdom, has reportedly detained three senior members of the Arab kingdom’s royal family, including his own uncle.

Saudi authorities also detained Nayef’s brother, Prince Nawaf bin Nayef, the report further said, adding that no reason for the arrests had so far been given.

However, another report by The Wall Street Journal, citing people familiar with the matter, said that MbS accused his uncle and the former crown prince of “treason”, alleging that the pair had been attempting to stage a coup d’état.

The two top royals, once-formidable rivals to the throne, are now under threat of lifetime imprisonment or execution, the Wall Street Journal report further said.

It was hoped for a time that Mohammad bin Salman’s uncle, Prince Ahmed bin Abdulaziz, could try to prevent the ambitious MbS from ascending to the throne.

The other top royal, Prince Mohammed bin Nayef, had already effectively been under house arrest since June 2017, when he was abruptly relieved of all positions, the most important of which were the crown prince and the first deputy prime minister, by a decree from King Salman.

According to The Wall Street Journal, in the early hours of Friday, guards from the riyal court, wearing masks and dressed in black, raided the homes of the two senior royals, took them in custody and searched their homes.

Back in November 2017, dozens of Saudi princes, ministers and former ministers were detained and placed in a luxury hotel under tight security guard over allegations of money laundering, bribery, extorting officials, and misappropriation of public funds for personal benefits.

The detentions had been ordered by Saudi Arabia’s so-called Anti-Corruption Committee headed by Mohammed bin Salman, in a crackdown widely believed to be aimed at consolidating his power.

The majority of those high-profile figures later agreed to monetary settlements in exchange for their freedom and paid colossal sums of money.