Home Reports 35 Raids and More than 89 Breaches for the Cease-Fire Agreement in...

The Saudi aggression forces continued during the past hours to launch its raids and to commit more violations of the truce agreement in Hodeidah.

The armed forces spokesperson, Brigadier General “Yahya Sariee’ ”said that the aggression launched 35 raids, which were distributed in separate areas in the governorates of Ma’rib, Al-Jawf and the border fronts, including 23 raids on the districts of Majzar and Sarwah in Marib.

seven raids were launched on the Khub and Al-Sha`f district of Al-Jwaf, and 5 raids on Kattaf off Najran.

In Hodeidah, the forces of aggression and its mercenaries committed more than 89 breaches of the truce agreement, including the flight of 4 spy planes in the airspace of the city and streets of fifty and Sana’a and al-Jah and 18 breaches with artillery shelling of 81 shells and 66 breaches with various bullets. 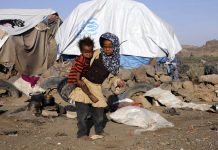 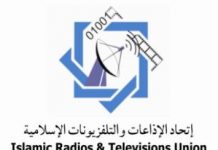