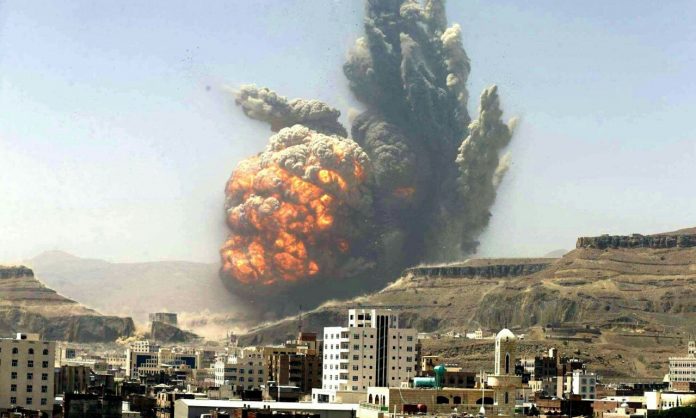 On April 20, 2015, the US-Saudi aggression on Yemen carried out a war crime by throwing an internationally banned bomb with huge destruction on the neighborhood of Faj Atan in the capital Sana’a, later known as the “the crime of Faj Atan”.

The bomb killed 84 civilians and wounded 800 people in an area of more than 3 square kilometers inside the city’s residential neighborhoods.

The “mother of bombs” that targeted the region of Faj Atan, is the largest non-nuclear bomb in the world. It has generated tremendous heat energy that exceeded the melting point of minerals and resulted in radiation with a very high degree, which caused the deformation of fetuses in the targeted area.