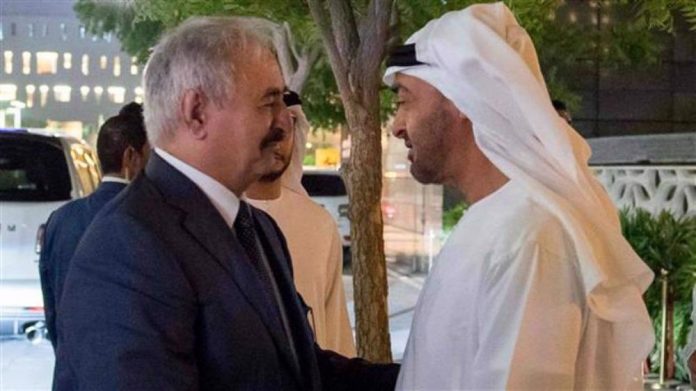 A report says the UAE’s expansionist policy and its involvement in conflicts in Libya and Yemen have cost the country billions of dollars, sparking condemnation from senior officials inside the emirates, amid the failure of the Emirati-backed militants in both countries.

The UAE has been supporting Libyan military strongman Khalifa Haftar against the Tripoli-based internationally recognized government. The country is also part of the Saudi-led coalition against Yemen and has even clashed with the Riyadh-backed militants in the country.

According to the Turkish state news agency Anadolu, the UAE has provided the militants in both countries with extremely expensive weapons — including unmanned aerial vehicles, missiles, helicopters and air defense systems.

“Thousands of civilians have been killed in Yemen and Libya due to the use of these weapons supplied by the UAE,” the report added.

The news agency referred to a report on Libya released by the UN Security Council in December last year that also confirmed the UAE’s support for Haftar and clearly demonstrated the inventory of weapons and ammunition supplied.

Libya has been in chaos since 2011, when a popular uprising and a NATO intervention led to the ouster of long-time dictator Muammar Gaddafi.

Since 2014, two rival seats of power have emerged in Libya, namely the internationally-recognized government of Prime Minister Fayez al-Sarraj, and another group based in the eastern city of Tobruk, supported militarily by Haftar’s rebels.

The strongman, who is primarily supported by the UAE, Egypt, and Jordan, launched a deadly offensive to capture Tripoli, the seat of the government, in April last year. His forces have been bogged down on the city’s outskirts.

According to the UN, hundreds of people have been killed and more than 200,000 have been displaced as a result of the offensive.

Government forces recently liberated several towns that had been occupied by the rebels in the northwest. Haftar’s rebels have been intensifying a pushback by escalating attacks on civilians in the capital.

The UAE also pays for thousands of mercenaries from countries such as Chad and Sudan to fight alongside Haftar.

The report added that the UAE, one of the members of coalition against Yemen, sent several heavy weapons worth billions of dollars to Yemen as well as deploying its own soldier.

Moreover, the country is also the only supporter of the separatist Southern Transition Council (STC), which attacked Saudi-backed militants in Yemen and unilaterally declared “autonomy” in the south of the country.

Saudi Arabia and a number of its regional allies launched the devastating war on Yemen in March 2015 in order to bring former president Abd Rabbuh Mansur Hadi back to power and crush the Houthi Ansarullah movement.

The US-based Armed Conflict Location and Event Data Project (ACLED), a nonprofit conflict-research organization, estimates that the war has claimed more than 100,000 lives over the past five years.

According to the report, the country’s aggressive foreign policies drew opposition from some of seven emirates in the UAE.

“Like Saudi Arabia and some other oppressive Arab regimes, the UAE has one of the non-leaking governments. However, it was learned that a secret meeting was held several months ago on the country’s foreign policy and its interventionist attitudes towards the countries in the region,” the news agency said.

At the meeting, the news agency says, Sheikh Mohammed bin Rashid Al Maktoum, the vice president and prime minister of the UAE, expressed his opposition to the country’s foreign policy.

“We spend hundreds of millions of dollars every day and what do we get in return?” Al Maktoum said.

He also called for reviewing “its aggressive and intrusive foreign policy as soon as possible because it had cost enough to the country and that it had no benefits”, the report added.