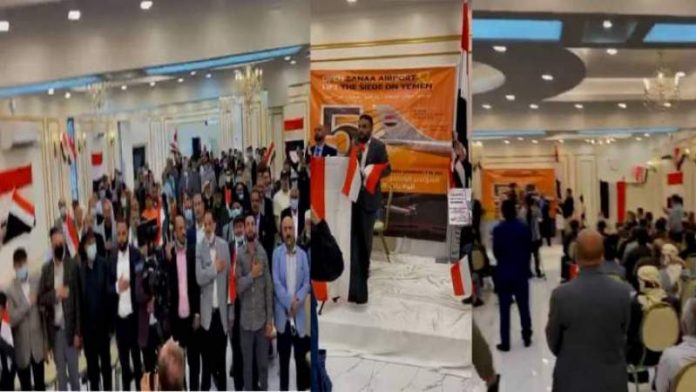 The first conference of the Yemeni community in the United States of America has called for an end to the aggression and siege on the Yemeni people.

The conference, held on Monday, demanded the direction towards a peaceful solution.

Participants in the conference confirmed their rejection of any form of occupation of Yemeni lands.

They called for the opening of all airports, especially Sanaa International Airport, and for non-interference in Yemen’s internal affairs.

The conference approved the formation of committees to follow up the US administration, the Secretary-General of the United Nations, and his envoy for Yemen Martin Griffiths, United Nations organizations and international organizations, and ambassadors of the five countries concerned with the situation in Yemen.