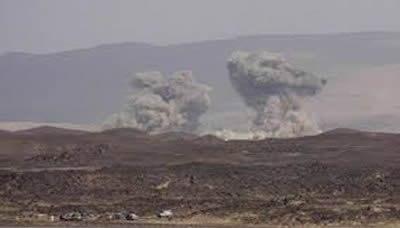 The US-Saudi aggression coalition warplanes have launched 23 raids on the districts of Majzar and Madghal in Marib province, a military official told  Saba News Agency.

According to the official, the aggression warplanes targeted Majzar district with 16 raids and seven raids on Madghal district.

The official added that the aggression warplanes’ raids damaged public and private properties in the two districts.