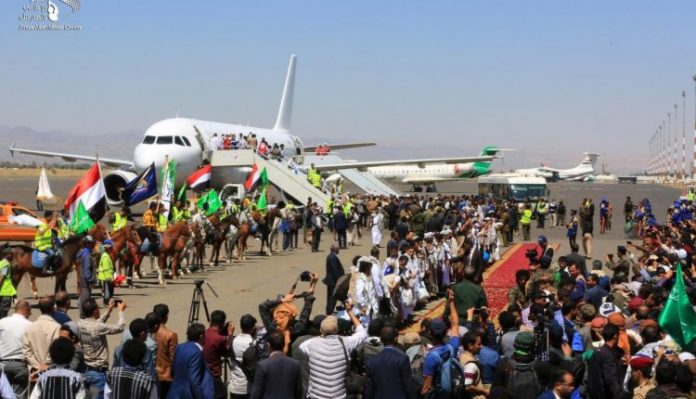 The second plane carrying 101 of freed prisoners of the army and popular committees arrived on Friday at Sana’a International Airport coming from Aden airport.

This conjunction with the arrival of another plane in Aden airport after it took off from Sanaa airport carrying 75 of prisoners of the other party( the Saudi-led  aggression coalition).

The move came within the second staged of the prisoner exchange deal brokered by the UN through the ICRC-operated flights.

Several popular rallies were held on Friday to welcome hundreds of freed prisoners of the army and popular committees home.

At the rallies, the participants praised the sacrifices of the martyrs and the wounded who made the great triumphs on the battle fronts.

The attendees stressed the importance to continue to back the fronts with fighters and money until the liberation of every inch of the homeland and expulsion invaders and occupiers.