The aggression forces continued to violate Sweden’s agreement in Hodeida province within the last 24 hours, a military official told SABA on Tuesday.

The official said that the aggression forces committed 316 breaches, including the flying of seven warplanes in the airspace of al-Faza, Hays, al-Jabalia, and al-Jah areas in Hodeida.

He added that 21 spy planes of the aggression forces flew over al-Tuhaita, al-Jabalia, al-Jah areas.

He pointed out that the aggression forces fired various calibers of machine guns at al-Dhebyani neighborhood, engineering college, and 50th St. in Hodeida city.

Moreover,  a civilian was seriously wounded by the aggression snipers in Abadan area in Saber al-Mawadem district of Taiz province, according to the official.

A number of civilians’ properties, including civilians’ cars and livestock, were damaged in an indiscriminate artillery shelling by the aggression mercenaries on al-Jarrat village in the same province.

In Marib province, the aggression warplanes launched two raids on the districts of Majzar and Madghal and a raid on Rahba district. 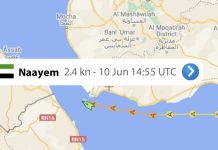 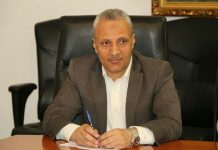