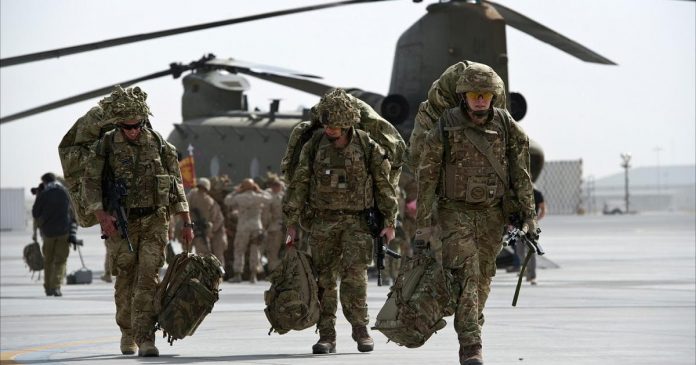 The British newspaper “The Independent” said on Friday, that the United Kingdom has secretly deployed forces to protect Saudi oil fields in February this year, noting that the matter took place without Parliament being informed.

The newspaper quoted a spokesman for the British Ministry of Defence as saying that the operation took place after the targeting of oil production facilities in the Kingdom on September 14, 2019, referring to the Yemeni retaliation attacks on the Aramco facilities in Abqaiq and Khurais.

The spokesman said, “We have worked with the Saudi Ministry of Defence and wider international partners to consider how to enhance the defense of economic infrastructure from air threats.”

The spokesman affirmed that the deployment included an advanced military radar system to help detect drone strikes, adding: “No specific timetables or the number of individuals concerned have been approved, in order to ensure the security of operations.”

The newspaper said that the ministry did not respond to the failure to announce the deployment of British forces in Parliament or anywhere else.

Defence Secretary James Hebe confirmed, in separate written correspondence, that “British defence personnel accompanied the deployment of radars in Riyadh,” according to the newspaper.

The newspaper added: “Incredibly, the military operation that began in February of this year interfered with the ban on exporting military equipment to the dictatorship in the Middle East.”

The Defence Ministry says the oilfields are “a very important economic infrastructure” and that defenses from the 16th Royal Artillery Regiment are needed to help counter the drone strikes.

Until last July, the British Court of Appeals barred ministers from signing on military exports due to concerns that Saudi forces “are committing war crimes in their struggle with the “Houthis”  in Yemen,” according to the newspaper.

The fact that the Boris Johnson administration committed troops to defend the Wahhabi kingdom therefore constitutes a violation of British regulations.