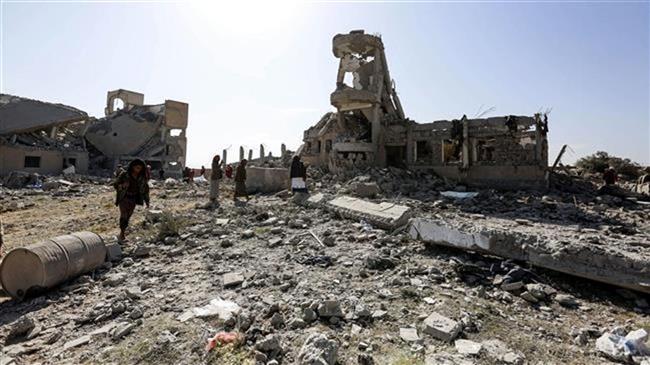 The forces of aggression continued to violate the ceasefire agreement in Hodeidah Governorate, and the its warplanes launched 13 raids on three governorates during the past 24 hours.

A military source pointed to the Yemeni News Agency (SABA) that the aggression forces committed 149 violations, including six drone strikes in Hays, Al-Faza and , and six warplanes overflow in Hays, Al-Mazhar, and 50-kilometer Street, and eight spy planes in the flew of Al-Jah, Al-Jabaliya and Kilo 16.

The source confirmed the death of Mujib Muhammad Hassan Al-Hammadi as a result of his wounds sustained as a result of the aggression’s targeting of citizens ’homes on Gaza Street in Al-Hali District.

In Saada governorate, the source pointed out that Saudi missile and artillery shelling targeted populated villages in the border district of Razih, and launched two raids on the Al-Zahir district.

The source pointed out that a missile attack by the aggression forces targeted citizens’ farms in the Al-Jar region in the Abs district of Hajjah governorate.

The source pointed out that the aggression warplanes launched three raids in Marib governorate on the Medghal district, and three raids on jMajzar district, as well as two raids on the Sarwah district and the same on the Rahba district.

The war of aggression targeted the Al-Thlouth Market raid in the Khub Washaf district in Al-Jawf governorate.