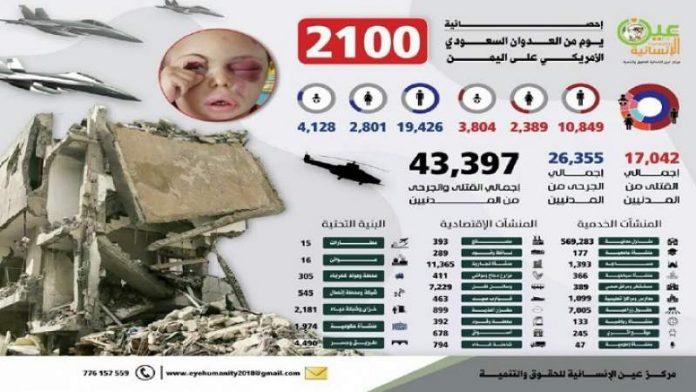 According to the Center’s statement, the number of destroyed and damaged economic establishments in 2100 days reached 22,913 economic establishments, including 393 factories, 289 fuel carriers, 11365 commercial establishments and 411 poultry farms. The statement pointed out that the civilian homes that were destroyed and damaged as a result of the aggression amounted to 569283  houses, in addition to 576528 service facilities. It indicated that the aggression destroyed 177 university facilities, 1393 mosques, 366 tourist facilities and 389 hospitals and health facilities.