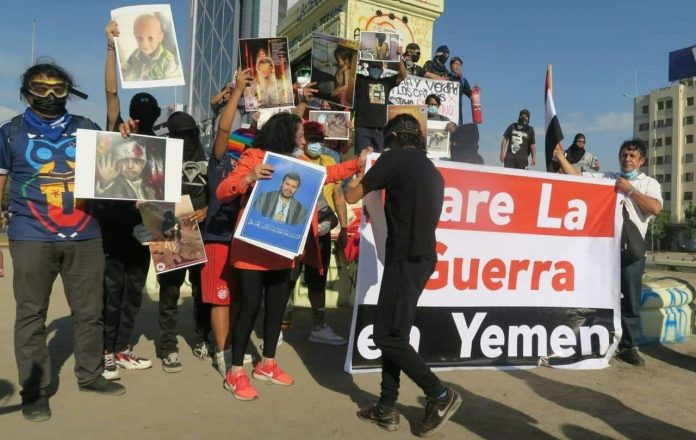 Chilean protesters have called for an end to the US-backed Saudi-led aggression on Yemen that has being waging since March 2015.

The move came during a protest held on Friday, January 22, 2021 in the Chilean city of Santiago. The protest was organized by the Chilean activists, Connie De Witt.

The activists raised the Yemeni flag, as well as pictures of victims who have been killed by the Saudi-led aggression airstrikes.

The Chilean activists strongly condemned the US designation of Ansarullah as a “Foreign Terrorist Organisation”.
They called for an end to the war in Yemen, the lifting of the blockade and the punishment of the perpetrators of crimes against the Yemeni people.