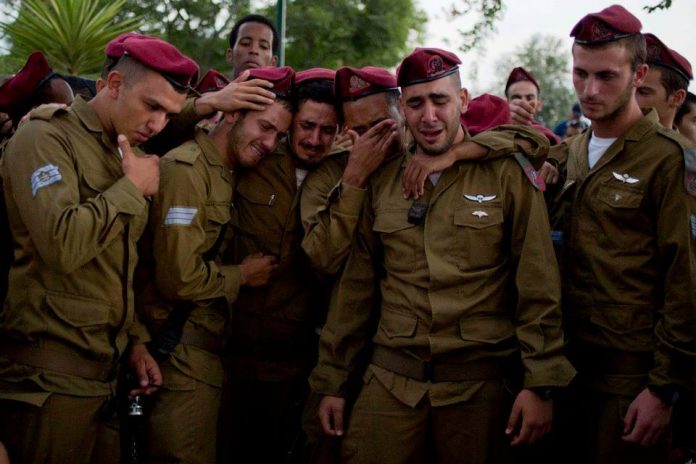 A former senior Israeli security official said that ‘Israel’ will not be able to survive for the next generation. ”

The Israeli official explained the reasons for that, according to his estimation, and expressed his fear of the Zionist occupation entity’s demise “for internal reasons and influences.”

This former Israeli official added that “most of the economic and military burden in ‘Israel’ will soon be borne by only 30% of the Israelis, and in this way, the Israeli society will not be spared from the problems that await it.”

Yuval Diskin, the former head of the ShinBet, confirmed in his article in the newspaper “Yediot Ahronoth” that there is a “strategic existential question that has made clear the extent of its seriousness.

Diskin added that he is talking about demographic, social, and economic trends that are already changing the essence of ‘Israel’, and can endanger its existence within one generation

He pointed out that “the regional power called ‘Israel’ is unable to control many areas,” explaining that “according to the figures of the Central Bureau of Statistics, we will soon discover that after 40 years, half of the population of ‘Israel’ will be religious and Palestinian, and it is important to understand the common denominator between them today”.

He pointed out that “the Haredi Jews have become a burden, and that some of them are spreading in the anti-Zionist trends, and for them, Israel is on its way to a loss.”

Diskin stated, “Besides the Haredim, there are multi-identity tribes, traditional secularism, religious nationalism, militant, Eastern and Ashkenazi Jews, the middle class, the wealthy, the disenfranchised and the marginalized, who find it difficult to bear the extra burden as a result of the Orthodox lack of participation in the Israeli economy and society, military service, and the economy “.