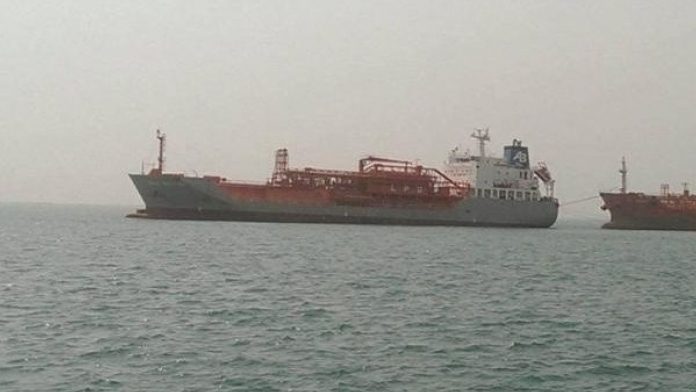 Detention of the two ships, carrying nearly 45,000 tons of fuel, came in conjunction with forced departure of two others from detention site last week. The detention and siege continue while indirect consultations between the negotiating delegation of Sana’a and envoys,  UN, Martin Griffiths, and American Tim Lenderking still ongoing.

Sana’a continued to warn the aggression against continuing to close the air and sea ports. It confirmed that closure of Sana’a International Airport caused  death of 80,000 patients. The marine piracy of fuel supplies has cost Yemenis nearly $10 billion in losses.

Sana’a has renewed its absolute refusal to link the humanitarian issue with military and political negations, as its negotiating delegation in Muscat raised the ceiling of “confidence building” process. In addition to clause of paying salaries of state employees, opening Sana’a airport without any restrictions, and lifting the blockade imposed on  port of Hodeidah, according to confirmation from member of the delegation, Abdul Malik Al-Ajri.

Sana’a vowed “a painful and devastating response, strikes that Saudi Arabia is not familiar with,” in case the piracy crime continues, threatening that “seventh year military operations will be stronger than previous operations.” Major General Muhammad Al-Atefi stressed, “Sana’a’s possession of an adequate ballistic deterrent weapon, wide target bank, and accurate coordinates that provide an opportunity for painful strikes in Saudi depth.”

The official spokesman, Yahya Saree, was speaking on the occasion of the sixth anniversary of the war on Yemen, about “missile surprises that will be announced during the coming period.”

Abdul-Malik Al-Houthi talked about the great development that Sana’a has achieved in the field of military industries, specifically missiles and aviation.

Shipping sources reported that Saudi-led aggression has began, more than week ago, to communicate with companies transporting oil derivatives to the port of Hodeidah, offering them to withdraw their vessels that had been detained for several months on the condition that they do not return to work with UAE ports exporting fuel to Yemen. Saudi bargains attempt to disrupt any new agreement that ends crime of piracy that has caused suffocating crises in Yemeni market and disrupted various economic activities in country.

According to military sources, this attempt and others will be met with the appropriate response that will push US and Israeli allies in region to stop their crimes.