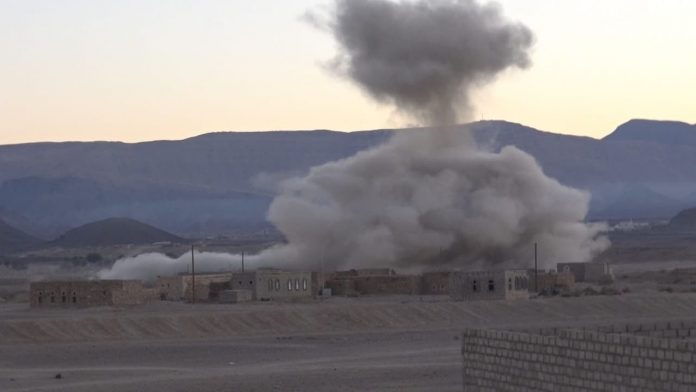 The US-Saudi aggression coalition warplanes have launched on Monday 18  airstrikes on several areas in Marib province.