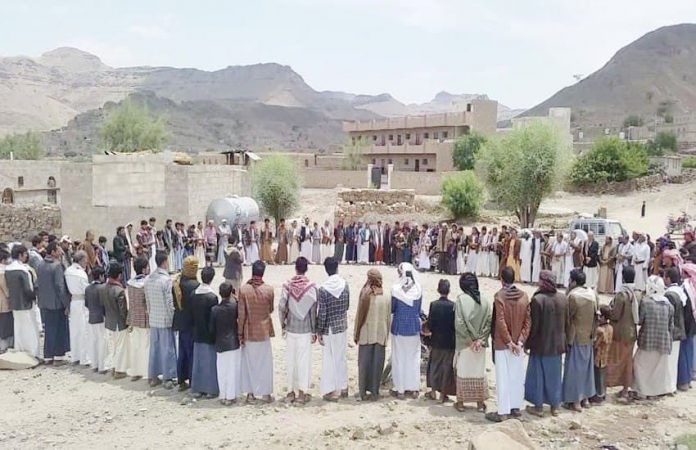 A number of popular rallies were organized on Friday in Sana’a province to praise the victories achieved by the Yemeni army in the “Dawn of Freedom” operation in Bayda province.

At the rallies, the participants considered the completion of the liberation of the districts of Bayda and the defeat of the takfiri elements, in conjunction with the celebration of the seventh anniversary of the September 21 revolution, is embodying the goals and principles of the revolution in Yemen’s independence and sovereignty.

The rallies confirmed the full readiness by the sons and tribes of the province to support the Yemeni army’s fighters on the fronts.

They called on all those who have been deceived in the ranks of the aggression to seize the opportunity of the general amnesty by returning to the national party.