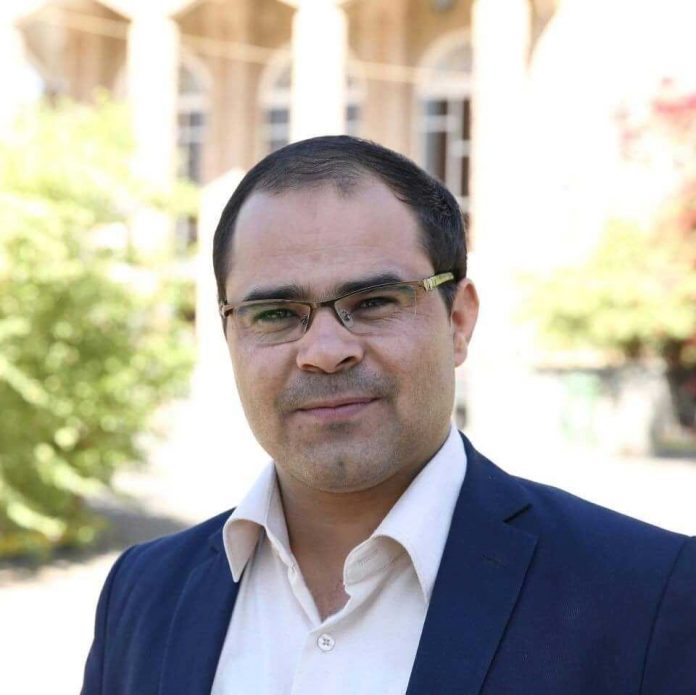 Yemenis are going through the anniversary of the signing of the blessed Yemeni unity agreement, and Yemen is facing the challenges and dangers it has faced and encountered since ancient times, this occasion only reminds us of the series of conspiracies and wars that Yemen’s enemies and opponents plan from British colonialism to kingdoms and colonial functional entities in the Gulf, and the dynastic Saudi enmity against Yemen rooted in the family.

On March 26, 2015, Yemen was subjected to the largest air aggression in its history, in which twenty countries, dozens of armies, thousands of hired men of multiple nationalities, and one million mercenaries from Yemen allied, and it continues to this day

87 years ago, The British bombed them from the sky. On March 26, 1928, Qataba, Damt, Dhale, Al-Bayda, and even Sana’a, the metropolis and the great capital, were targets for air raids by the British aggression aircraft, which today wears different names and agents in the region, including the kings and princes of Saudi Arabia and the Emirates.

The occupied British enemy was taking Aden as a military barracks for its war on the Yemenis. From occupied Aden, planes were taking off, throwing bombs and missiles at homes and civilians, and throwing flyers that incite hatred among Yemenis, provoking the south to fight the north, and provoking the center to fight the east, and so on, and the faithful Yemeni is looking for a way to damage the plane, and a radio through which he addresses his brother to return to the side of Yemen, and the situation is repeated today.

The situation today is no different, as Yemen is still facing the same challenges, dangers, enemies, opponents, invaders, conspiracies and wars, in  more severer way, the coalition war, planes, missiles , the language of incitement and hatred through satellite channels and from platforms and massive media and rhetoric empires, the same divisive language, the same publications, and Aden suffers Under the decadent and dressed-up occupation, the crowded agents and recruits in the ranks of the aggressors on Yemen.

Yemen was able to cross the stages and bypass the fateful stations. In its north, the national state was able at that time under the leadership of Imam Yahya to recover the Tihama and the western coast, which was subject to the influence of Al-Idrisi, who was recruited by Britain, and was able to liberate it and impose the national will on it. In the south, Aden was liberated from the hateful British occupation on the glorious thirtieth of November 1967  when the revolutionaries forced the British occupation to withdraw from Aden and overthrew the project of the colonial sultans and sheikhdoms and united the land  under one national authority called the “Democratic Republic of Yemen.

Since then, and since the dawn of independence on November 30, 1967 AD, the national movement in the north and south has been struggling to achieve unity, and the enemies of Yemen were from the forces and tools of colonialism, especially the rogue “Kingdom of Al Saud” thwarting those endeavors and obstructing their path, so the division remained, the fighting remained, and Yemen remained with incomplete sovereignty.

Martyr President Ibrahim al-Hamdi tried to go to Aden and declare the state of Yemeni unity with the president “Salimin” at the time.

The Kingdom of Saudi Arabia decided to assassinate him in Sana’a at the hands of its intelligence and agents. In parallel, it got rid of the president Salimin in Aden, so the raging wars erupted in the south and north, and Saudi Arabia was feeding, financing and setting fire to In the homes of the Yemenis. it fueled the internal fighting between the north and the south, and at the same time ignited it in the north by pushing mercenaries from the Muslim Brotherhood to establish camps for what it called the Islamic Front to wage war against the patriots and the left, in what was known as the events of the central regions.

At the same time, Wahhabi Saudi Arabia was igniting the language of incitement of  fighting and hostilities between Yemenis, distributing its spies among the belligerents, agitating regional and sectarian strife and eroding religious and national identity through the Wahhabi tide and the institutes it established for advocates of Wahhabi.

Despite that, the official and popular conscience united and Yemen in the south and north of Yemen was united in the year 90, but the conspiracies did not stop and Saudi Arabia continued to tamper with the Yemeni identity and move its mercenaries and agents to undermine that achievement.

From the first moment, Saudi Arabia expressed its rejection of Yemeni unity, instructed its agents in power to strike the idea of unity from the ground up, and prompted the Muslim  Brotherhood to declare their rejection of unity on the eve of its historic announcement that it was with infidel communists and announced their rejection of the unity constitution.

It prompted Muslim Brotherhood mercenary leaders such as al-Zindani and Sheikh al-Ahmar, and the regime’s president at the time, Ali Afash, to form a bloody alliance to assassinate the leaders of the Socialist Party who had engaged in the unity state with all responsibility, and to pursue scholars in Sa’ada and planted spies and informants in their centers, until the summer of 1994 war erupted and it was the fatal battle.

Just as it prompted Ali Afash to wage war on the south in alliance with Muslim Brotherhood leaders in the summer of 1994 AD, it prompted the other party in the Socialist Party to declare secession, igniting the spirit of hatred and mortification of the unitary spirit, so that Yemen found itself immersed in a sea of ​​wars and malicious Saudi conspiracies.

In the third will of Abdulaziz – the founder of Saudi Arabia – to his successive sons in the dynasty of the rule of Najd, Hijaz, Diriyah and Mecca it says “Beware  of a united Yemen  and beware of a strong and independent Yemen” which we found evident in the history of the bloody relationship that Saudi Arabia pursued with Yemen since its emergency existence in The desert of the Arabian Peninsula is backed by the hateful British occupier.

Promises to start disintegration and division and projects of sultanates and sheikhdoms to redraw and shape Yemen and turn it not into Yemenite but into dozens of sultanates and sheikhdoms, and fragment it into dozens of maps and small identities within ,and within the framework of the largest Jewish colonial project, the Sykes-Picot project, and today we find the tools of the British occupation “Saudi Arabia and the Gulf states” and their allies It proceeds to perpetuate the same reality and  now is proceeding in full swing in Aden, Al-Mahra and Socotra to establish bases, theaters and military barracks and to  impose a fragmented reality with which Yemen is no longer considered a right, not even a Yemenite, but rather militias without a face or names.

The House of Saud fought Yemen as a monarchy, and they opposed it as a republic, and they conspired against it from the south, north, united and separatist, and since their presence on the authorities of this kingdom, they have been nothing but opponents and enemies of Yemen, they want it as a backyard garden, and they want the Yemenis as mercenaries, slaves, shoes and agents, and this is the origin of the story .But it is certain that Yemen is more stronger than the emergency kingdoms that existed with the oil boom and will end with its depletion. 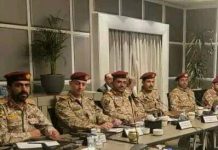