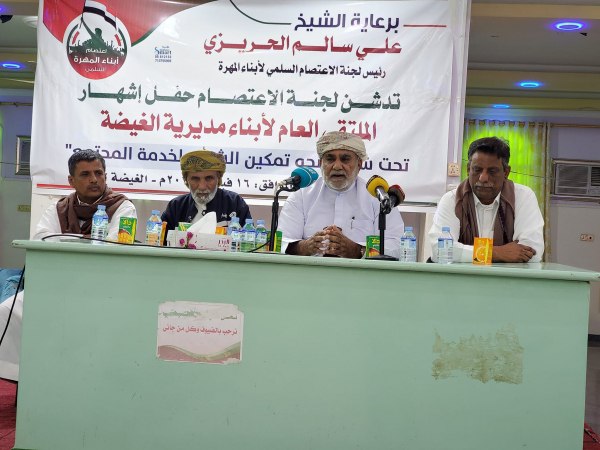 A committee of the peaceful sit-in in Mahrah vowed on Saturday to thwart attempts to repeat the scenario of the Emirati-backed Transitional Council (STC) militias taking control of Shabwah province.

The committee expressed its regret over the killing of citizens and the liquidation of security and military institutions by Saudi Arabia and the UAE in Shabwah.

Head of the political department of the committee, Saeed Afari, said: We continue to follow the events in Shabwah and the brutal killing of citizens, war crimes and genocide that the province has been subjected to.

“We confirm that we will not allow what happened in Shabwah to happen in Mahrah,” he added.
Afari confirmed that the committee would continue the peaceful struggle until the goals were achieved and the occupation forces left the governorate.