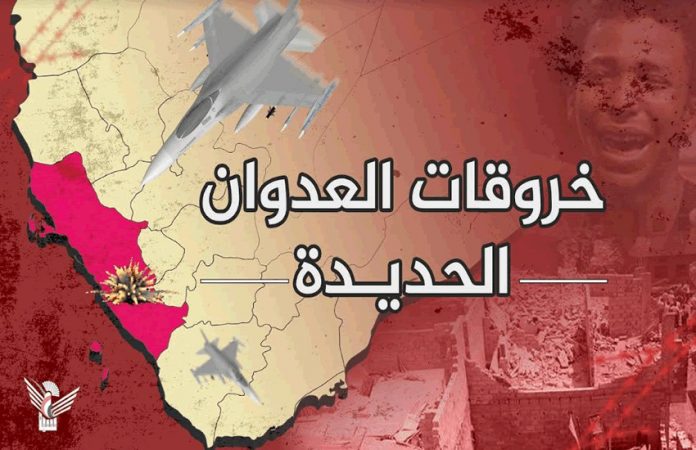 The operations room to monitor the violations recorded on Sunday 52 violations of ceasefire and Sweden’s agreement committed by US-backed Saudi-led aggression coalition’s forces in Hodeidah province over the past 24 hours.

A source in the operations room affirmed that the violations included flying of seven spy drones over Hays district and one air strike hit the same area.

In addition, several breaches were recorded by an artillery bombardment using 17 shells and 40 violations by various machine guns.