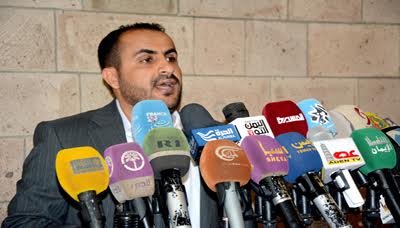 Yemen’s Ansarullah says a ceasefire is to take effect in the country on December 14, ahead of the UN-brokered peace talks.

“Based on what has been agreed upon, there will be a halt to the aggression on the 14th of this month,” Houthi spokesman Mohammed Abdul Salam said on Saturday, referring to the deadly Saudi campaign against Yemen.

The Ansarullah official, who was briefing journalists in the capital, Sana’a, said the Houthis and their allies are determined to attend the December 15 negotiations in Switzerland to press for the demands of the Yemeni nation in talks with representatives of the fugitive former president of Yemen, Abd Rabbuh Mansour Hadi, who is a staunch ally of the regime in Riyadh.

Abdul Salam, however, regretted that the UN has not taken into consideration some of the remarks made the Ansarullah and allies in the draft of the meeting.

“We are in constant coordination, together with the General People’s Congress party, and we will all go with a national will aimed at stopping the aggression and lifting the siege,” he said, referring to the party of Yemen’s long-time leader Ali Abdullah Saleh, who is currently allied with the Houthis.

UN Special Envoy for Yemen Ismail Ould Cheikh Ahmed said on December 7 that both the Houthis and the supporters of Hadi have agreed to attend the talks in Switzerland in a bid to end the Saudi-imposed war.