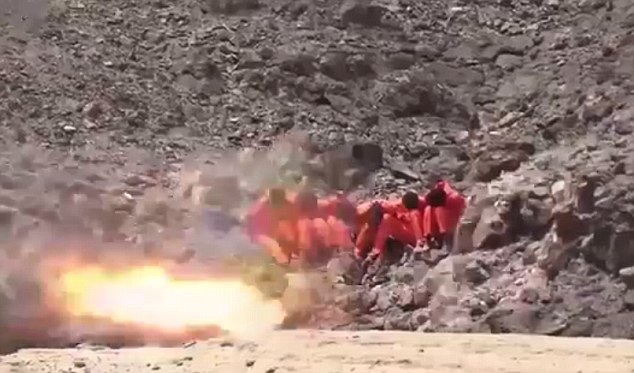 Althawra Net
ISIS release a series of sickening execution videos from Yemen filmed in just 24 hours. In Four videos ISIS claims to show Yemeni citizens being killed in different shocking scenarios. At least 23 men killed somewhere in Yemen. Four had mortars tied around their necks, six blown up by rocket launcher.
ISIS has released a series of execution videos from Yemen whose ongoing war has allowed the terror group to spread its tentacles into the country.
According to intelligence expert group SITE, Four videos claims to show Yemenis being executed in different sickening scenarios in a desert location.
Six men were blown up by a rocket launcher, another six were put on a boat which was sent out to sea and exploded, four were obliterated by the mortar shells hung around their necks and nine were beheaded with sharp daggers. 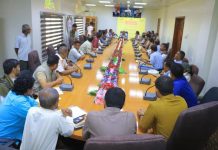 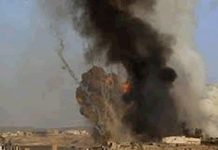